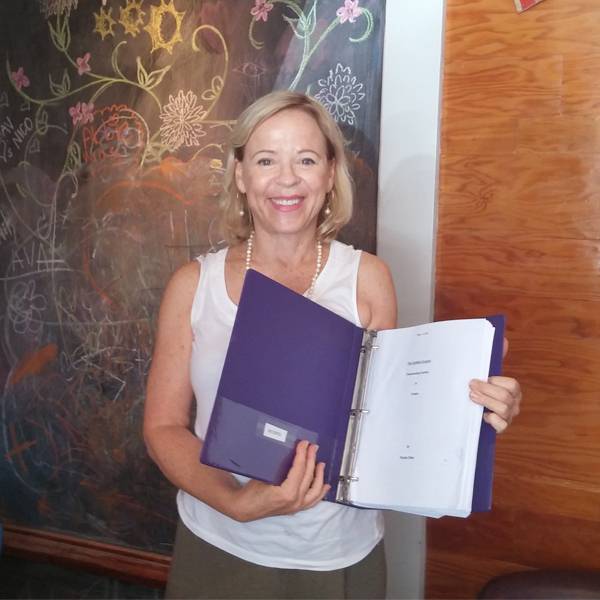 Bryan, whose brilliant prose had garnered San Diego writers’ awards and rocked the theater with laughter at his latest reading, suggested that I visit Marni’s Memoir Class. Bryan’s writing was well-timed and flawless. Why did he need a writing coach?

So, I found myself sitting in her writing class. Her responses to other writers in the class warmed my heart.  Each student clearly needed a specific type of nudge, and I could watch Marni provide that push in the direction of relevance, of clarity or of imagery. Whatever was needed next, Marni could
see it and suggest it.  So, I signed up with Marni, and not surprisingly, I am now sitting in my Writer’s Room, fully equipped with a willingness to write, and an enjoyment of the process. What made the difference between myself as stuck wanna-be writer and the happy, fluid composer that you now see before your very eyes?  In short, Marni’s magic. Marni is a licensed psychotherapist. So, instead of telling me yet another trick (you’ve heard them all: you must write in the morning . . . try writing in the evening, have a glass of wine, be sure to have a ritual . . . . the list goes on) Marni asked me questions that were specific to my stuckness. After meeting with Marni for five private sessions, I’ve now completed five of the nine chapters of a book that I’ve been attempting to conquer for over ten years. I’ve had the wonderful guidance of very good teachers, of published authors, of superb editors. They’ve all contributed enormously, but Marni has released the genie from the bottle. Marni manages to speak to the heart of what is wanted in the writer’s life. She’s great. Give her a try.

— Phyllis, Author of From Conflict to Clarity