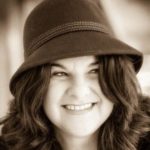 Hello! I’m Marni Freedman. I am a professional writing coach and licensed therapist.

I began my career studying with master writing teachers at the USC school of Filmic Writing. I have worked as a professional screenwriter, playwright, and ghostwriter. Yet my favorite job is to work as a coach for aspiring writers.

Why? Because I think we are living in one of the most dynamic times in history for the writer. There is a publishing revolution going on right now allowing writers to get their work out there and not to be stifled by any system. There are more support and education for the budding writer than ever before. And, there is a vast and growing need for all kinds of content, along with the ability to reach readers across the world with the swipe of a key.

Bottom line, if you want it to be, your time is now.

We are here to offer you personalized support and expertise that will guide you from a kernel of an idea to completion. I’d love to chat with you about your book to see if I can help in any way.

A little more about Marni:

Marni Freedman (BFA, LMFT) is a produced, published, and award-winning writer. After graduating as an award-winning student from the USC School of Filmic Writing, Marni began her career with her play, “Two Goldsteins on Acid,” which was produced in Los Angeles. She worked as a script doctor for top film companies and worked as a script agent for the Mary Sue Seymour Agency. One of her plays was made into a film, “Playing Mona Lisa,” and was produced by Disney.

Marni is the co-founder and Programming Director for The San Diego Writers Festival, (www.sandiegowritersfestival.com) whose mission is to gather Southern California writers and creatives for a day of literary celebration, creative expression and most importantly, to promote diversity and inclusion for undeserved communities.

She runs the San Diego Writers Network and is the programming director for the San Diego Memoir Association (www.sdmwa.org) which produces a yearly theatrical Memoir Showcase. This year, Marni edited the Anthology, Shaking the Tree: brazen. short. memoir.  which was published by MCM Publishing. Marni’s profound experience with her teachers at USC who were blacklisted, has shaped the direction of her life and career. Her play, A Jewish Joke about the Blacklist appeared Off Broadway in March of 2019 (www.ajewishjoke.com)

Marni is also a therapist for artists and writers. Her welcoming, easy-going nature and solid background are the underpinnings of what makes her such a popular writing coach across the country. Marni is a unique writing coach because she has a tool for almost everything. She has a way of taking complicated information and translating it into easy-to-grasp, step-by-step information. Her character worksheets and plotting devices have been met with rave reviews. She teaches writing workshops for UCSD Extension, conferences and retreats across the state and runs the Memoir Certificate Program at San Diego Writers Ink

Marni’s latest award-winning book, Permission to Roar: For Female Thought Leaders Ready to Write is an Amazon Bestseller. She lives with her wonderfully talkative husband and son and their two cats, Dorothy J. Witten and The Beef, who don’t like each other. Within her community she is often referred to as Glenda, the Good Witch of Writing.

Her first book on writing, 7 Essential Writing Tools: That Will Absolutely Make Your Writing Better (And Enliven the Soul) was recently published. Her next book, The Memoir Map, will be released in November 2017. You can also find Marni at thefeistywriter.com, a writing hub to help writers find and believe in their authentic voice.

Let me introduce you to my team: 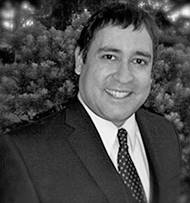 Carlos has worked on over 20 books, 30 films and has written and or produced seven films. Carlos lectures throughout California and is a sought-after script doctor, writing coach and story consultant.

Carlos’ clients range from top Hollywood screenwriters and New York Times best-selling writers all the way across the spectrum to new writers taking their first steps on the journey of writing. His supportive and professional approach makes it easy for writers to make forward progress and improve their material for professional presentation. 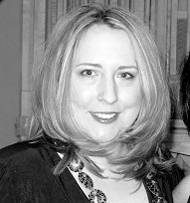 Tracy Jones is a professional content writer and editor, ghostwriter, and copy editor with more than 25 years experience writing and editing for private clients, non-profits, and corporations. Her corporate experience includes time as an executive speechwriter and internal communications manager for companies such as KPMG LLP, The New York Times, and Avon Products, Inc.

Tracy is the content editor and a featured writer at thefeistywriter.com, the co-producer of the San Diego Writers, Ink (SDWI) Annual Memoir Showcase, a co-instructor for SDWI’s Certificate in Memoir Writing, and has been a featured writer/performer in So Say We All’s V.A.M.P. showcase.

Her copyediting clients include novelists, screenwriters, memoirists, bloggers, and self-help writers. Tracy is presently finishing her screenplay, “Don’t Call Me Kitty!” Tracy’s Memoir, Starting Over at Ground Zero, will be out in 2018. 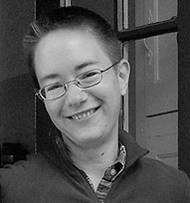 Noel has worked as an editor and ghostwriter and is an active member of two read and critique groups. She prides herself on her helpful feedback, her critical mind, and her knowledge of obscure rules of grammar. She received a BA in psychology from Vassar College and is currently working on a novel about love, loss, magic, and a giant talking salmon.